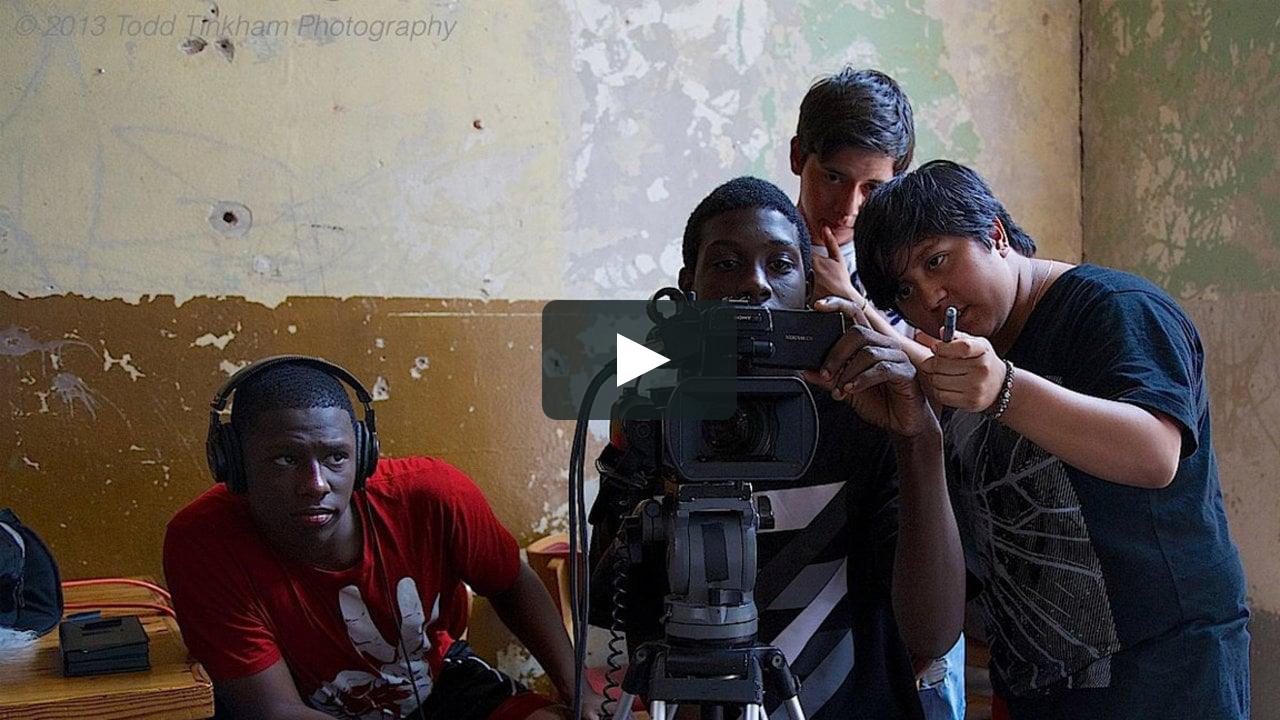 Colleges and universities are charged with preparing students to meet the new challenges and demands they will regularly face throughout their lives. In keeping with this charge, we see the ability to communicate effectively in our audio-visual, multimedia world as an emerging teaching and learning need. As Waller (2017) notes, “Audio-visuals can be extremely powerful in their ability to communicate complex messages about the world and are growing in importance as a means of informing public debate.” Indeed, there is a growing trend toward incorporating different types of video production into student learning outcomes, specifically documentary film projects. We are working to meet this goal by integrating documentary filmmaking into our classes across campus.

There are many pedagogical benefits of documentary work. First, it offers students an opportunity to put their research, knowledge, and skills into leveraging a multi-media platform. Second, documentary productions require many skills not always apparent, including research, writing, critical thinking, creative problem solving, and effective communication and collaboration. In fact, faculty and students who have implemented and completed film projects commonly comment that these types of projects are in fact more rigorous than more common writing projects, such as papers or exams. Third, documentary productions offer students and faculty rich opportunities to develop partnerships and engage in dialogue with community organizations, which ties to many universities’ commitment to experiential education and community-based learning. Lastly, filmmaking is an effective way to increase media literacy and to help students “understand the means by which information, ideas and opinions are now created, circulated and shared in modern societies” (McDougall & Sanders, 2011). For all of these reasons, documentary filmmaking helps meet a range of our goals related to teaching and learning.

How Did We Integrate Documentary Filmmaking?

In the spring of 2017, we collaborated on a pilot a documentary film assignment in an upper-level Sociology course. Building on a model used at Appalachian State University, Paul, an Instructional Designer, used classroom visits and flipped modules to teach both documentary design/development and technical video production skills, while Kris designed the substantive content for the “Gender and Violence” course, which included building in time for Paul’s classroom visits to talk about the film component. It was an 80 minute course that met two days a week, and typically Paul would visit the class during the last 20-30 minutes, approximately every 3 weeks.

Using online, flipped modules to teach video production skills helped to maximize time spent on the core gender and violence content during class time. The use of WeVideo, a cloud-based, collaborative video editing program allowed project partners to divvy up work on their video edits remotely, while enabling instructors to “track changes” and provide notes to rough cut iterations, emulating the collaborative process found in many of today’s careers and workplaces.

Kris counted the film project as the final project for the course and required students to apply course concepts in their films. Students were also required to write a brief paper about the topic they examined in their films. In this way, the films were anchored in the course content. Students were also required to submit the names of local experts whom they would interview for their film, as well as the names of community-based organizations. When the films were completed, we screened them in a film festival format and opened the festival up to the whole campus. It was a lively and exciting event for all those involved. The student films focused on the following topics:

How Do you Teach Documentary Filmmaking?

Integrating documentary filmmaking across campus requires not only technical support for students and faculty, but also instructional support. Low-cost video production tools have proliferated in the past decade, however, much like universities invest in writing centers to help cultivate writing skills (because they understand that providing the latest word processing programs doesn’t ensure students become better writers), students with cell phone video cameras and free editing software are not likely to produce quality projects without guidance. Therefore, a similar network of support for these video projects is needed. To see the results of a lack of instruction in documentary production, one can find tens of thousands of examples on YouTube of poorly produced class projects. These videos are substandard quality because they do not advance knowledge on their topic, and are often void of structure, are lacking technical standards, such as clear audio and appropriate framing and lighting, often making the content of the videos difficult or impossible to decipher. Making a film without any formal knowledge and training is like writing a paper without any formal knowledge and training. Students are asked to first think about how they will address their topic visually, namely by adding more elements than just “talking head” interviews. While entire courses and degree programs have been designed to teach and train students on the many technical and creative skills of professional video production, just integrating a few key technical concepts can significantly raise the quality of video production, such as correctly framing interview subjects, placing lapel microphones on them, eliminating unnecessary zooming and placing the camera on a tripod, to name but a few.

What Were Some “Lessons Learned”?

We learned a lot from the pilot class, but there are two key lessons that rise to the top. One, students will wait until the last minute to meet deadlines, especially when they are slightly unsure about their skill level. Unlike many assignments that students are used to putting off until the last minute (typified by pulling the classic “all-nighter” to write a paper), a documentary film is impossible to put off, even to the last few days or week before it is due, as there are several distinct phases that must be completed in succession: 1) story and academic content development; 2) production (shooting interviews and “b-roll”, which is often dependent on the subject’s schedule), and 3) editing, which is the most time-consuming step and the one that challenges students and all first time filmmakers the most. Thus, to meet this challenge, we realized we needed to implement firm, graded deadlines for the different milestones of the film process.

The second key lesson we learned is that students thoroughly enjoyed this student-centered approach to learning. Following the traditions of critical pedagogy and active-learning, Kris strives to put her students in the center of knowledge creation. This way, students “do sociology” instead of just learning about sociology. Making a documentary film about a topic from class was a perfect fit for this style of teaching and learning. As we highlight below, students found the film project valuable.

What Did Students Think About Making Films?

After the films were completed, we asked students to fill out an evaluation and they were overwhelmingly positive. Some students noted how the film project generated new interest in filmmaking. Others noted that they grew more interested in their film’s topic and wanted to work for one of the local organizations. Perhaps the most valuable outcome is that students recognized how the filmmaking process deepened their experience of learning. As one student testified:

The process of making a documentary shaped my understanding of domestic violence much more than writing a research paper because it provided a real life, concrete connection to the material I was reading in class. Similarly, through the process of making the documentary, I was able to take part in educating other people about the role of the faith community in addressing domestic violence. In other words, it allowed me to join the movement towards ending domestic violence, which is something I could not have done through simply writing an essay.

How did we Move Forward After the Pilot?

As part of their evaluation process, several students commented on wanting more dedicated time to work on their films. They recommended the creation of a lab-like course that delivered an additional course credit. A pilot of this concept, once again attached to a Sociology course, is almost complete. Local television production professionals visited class and gave pointers on recording interviews and shooting b-roll. Although the final student films are still being completed, its already clear that the additional instructional and practice time has resulted in significantly fewer technical errors and much better capture and integration of b-roll. Another lab is tentatively scheduled to take place Spring 2019. As part of a never ending reflection and quality improvement process, story/academic topic development will be better integrated in the academic class, and more hands on editing instruction will be provided, in particular how to add all the wonderful b-roll students are now capturing to their final films.

Finally, one of the more exciting developments is that best practices and resources developed from this initial project are beginning to permeate throughout the campus. English faculty have given video assignments to their students and are using WeVideo, the same cloud-based video editing program used in our pilot, with several students from our pilot helping their classmates get up to speed on the software and on video editing in general.

If you enjoyed this article please consider sharing it! 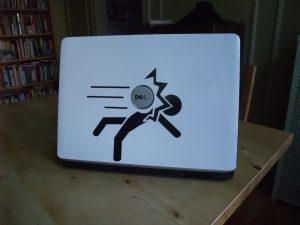 What Laptop Covers (Not Screens) Tell Us About Students 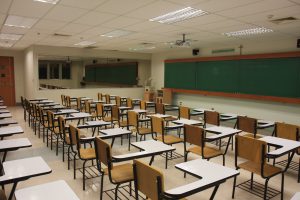 The Most Expensive Seat In the House 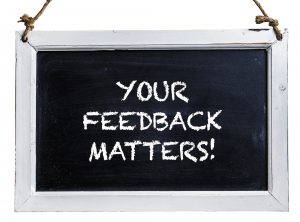